A special meeting was called to inform the community about the specifics of the upcoming referendum and give citizens the opportunity to discuss the issues with the Town Board. I can’t vouch for the information, but there sure was a lot of discussion!

I’m amazed at the number of people who come to this site only because of the meeting videos. I would assume that anyone interested enough to attend those meetings through video would be curious enough to see videos of the town itself. Check out the stories about the Dutch Schultz moonshine still, the history of Patchen Mills, some of the local businesses…. lots of stuff!

The discussion was about the Library and the forthcoming referendum. After a brief opening the Board went into executive session and on its return engaged in a lively session with some members of the community about the right of the Odd Fellows to to remain in a private space on the second floor. See for yourself! 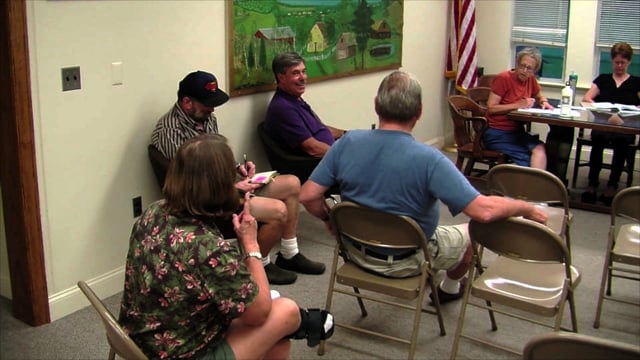 Still the Library situation! The wording of the referendum was presented for discussion. George Whalen, of Stissing National Bank, was there to answer some questions, but not much could be decided as he had not heard from the Odd Fellows about the disposition of their private space. My understanding, and I wish I could offer a better one, is that a municipality cannot purchase a property that is encumbered with space allocated to a private organization.

Well, watch for yourself and see if you can understand it any better! 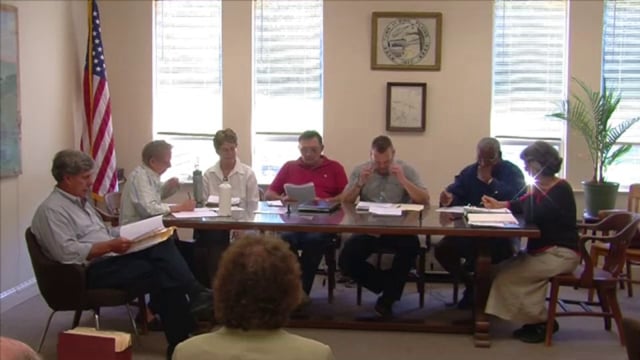 The community was introduced to proposals to be presented in a forth-coming referendum about the purchase and use of the building now housing the PP Library and community center.

This is a large file. It takes a while to load. Please be patient…

They said it would be sold on the court house steps. They were not exaggerating. Just not the front steps, the back ones. I had to see it with my own eyes. If you want to see what a foreclosure auction of a community center and library building looks like, take a look:

The story can now go on. And on. And on.  You can follow the progress (or lack thereof) on the Town Board Meetings.

It’s about the library again.  George Whelan, president of the Bank of Millbrook, was one of those who came and spoke before the Board.

SUPREME COURT OF THE STATE OF NEW YORK COUNTY OF DUTCHESS ———————————————- ———————————————- ———— BANK OF MILLBROOK, as successor by merger to The Stissing National Bank of Pine Plains, Plaintiff, againstNOTICE OF SALE Index No.: 2012/2370 FOUNDATION FOR THE PINE PLAINS COMMU- NITY CENTER AND LIBRARY, INC.; PEOPLE OF THE STATE OF NEW YORK; PINE PLAINS LIBRARY; HEART OF PINE PLAINS COMMUNITY CENTER (“THE HOPP“) AND THE ODDFELLOWS, Defendants. ———————————————- ———————————————- ———— In pursuance of a Judgment of Foreclo- sure and Sale, entered in the above-entitled action and bearing date the 19th day of Novem- ber, 2012, I, the under- signed, the Referee in said Judgment named, will sell at public auc- tion in the rear vesti- bule of the Dutchess County Court House, in the City of Poughkeep- sie, Dutchess County, New York, on the 9th day of January, 2013, at 9:30 o’clock in the fore- noon of that day the premises directed by said Judgment to be sold, and fully de- scribed as follows: ALL that piece, parcel or lot of land situate in the Town of Pine Plains, County of Dutchess and State of New York, bounded and described as follows, viz: BEGINNING at a stake in the Northwest corner of the lot designated as No. 22 and being also the Southwest corner of this parcel and running thence, N. 2E 30′ E. along the line of Lot No. 9 for one hundred feet to a stake in the South- west corner of Lot No. 25; thence with the line of that lot S. 87E 30′ E. two hundred and fifty feet to a point in Main Street on the East line of Great Lot No. 47 of the Little Nine-partners Patent; thence with said patent line S. 2E 30′ W. for one hundred feet to the Northeast corner of Lot No. 22; thence with the line of that Lot N. 87E 30′ W. two hun- dred and fifty feet to the place of beginning. Containing 57/100 of an acre of land more or less and being Lots numbered respectively 23 and 24 on Map of lands of George Clark sold in foreclosure by C.A. Fowler and filed in the Duchess County Clerk’s office and being the same premises con- veyed to the said party of the first part, Freder- ick L. Conklin by deed of Augusta Rowe bear- ing date April 1st, 1929 and recorded in the Dutchess County Clerk’s Office April 18th, 1929 in Liber 495 of Deeds at page 199, and to which deed ref- erence is hereby made for a more particular description of said premises. Also known as: 7775 South Main Street, Pine Plains, New York Approximate amount of judgment lien $1,538,555.99, plus in- terest and costs. Premises will be sold subject to provisions of filed judgment and terms of sale. /s/ Lee David Klein LEE DAVID KLEIN, Referee CORBALLY, GARTLAND AND RAPPLEYEA, LLP Attorneys for Plaintiff 35 Market Street Poughkeepsie, New York 12601 9953

The formatting has been carried over from the Journals website.  I chose to leave it unchanged and in order for it to be searchable, I did not make a graphic image but rather left it as text.